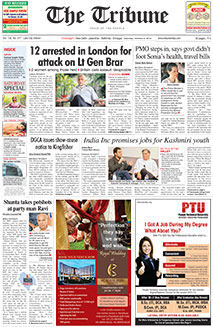 Make your brand’s presence felt nationwide with Just Book Ads! What’s the first thing that you do in the morning right after taking a sip from that hot cup of tea? Pick up the newspaper, right? Well, so does the millions of Indians all over the nation! This is why if you want people to take some time to read something that will have an impact on their purchase decision, then this is the best time. Just Book Ads, one of the top advertising agencies in Delhi, utilizes this to make sure that your ad reaches people all over the nation, making your brand a household name! Not just this, according to the experts, print media has a far long lasting impact on the human mind than any other sector. So when someone opens the paper in the morning to find bright colourful images with short texts offering solutions to their problems, they are bound to jump at the opportunity and make a call to your office or pay a visit to your showroom themselves to check things out.

You see, how easy it is to influence your target audience through newspapers without burning a hole in your pocket? But which newspaper will be beneficial for your business? Definitely, the one with the maximum amount of reach in the country, which is The Tribune! Let’s take a look at The Tribune, The Tribune, an English newspaper, founded on 2nd February 1881, is published from Chandigarh, Bathinda, Jalandhar, Amritsar, New Delhi and Ludhiana. While Sardar Dyal Singh Majithia was the founder, today the paper is run solely by a Trust that comprises 5 trustees. With The Tribune, you can get worldwide coverage as it doesn’t just offer global circulation but is also the leading newspaper in most Indian states. The Dainik Tribune and The Punjabi Tribune are the two sister publications of The Tribune. The newspaper went online in July 1998, while its sister publications were launched online on 16th August 2010. The Tribune Trust, headed by Narinder Nath Vohra publishes all of these three newspapers and has proved time again that The Tribune is the No 1 English newspaper in North India, which makes it perfect for anyone who wishes to book newspaper ads.

According to the Q4 results of 2019 released by the IRS, the total Readership of The Tribune is 18,26,000 in North India, which is a straight 8.24% increase from the previous quarter. Even the Average issue Readership has experienced a massive gain of 14.92%. What kind of ads? With Just Book Ads, the most reputed newspaper ad agency in Delhi, you can now get your business noticed nationwide by placing relevant and informative ads on The Tribune! They accept a wide range of ads, starting from business, personal, public notice, property, matrimonial and much more. Simply call our experts @ +91-9910699006 or email at support@justbookad.com for the best deals!